Richard Hudson is serving his third term in the United States Congress representing North Carolina’s 8th Congressional District. Richard graduated from Myers Park High School in Charlotte and earned his Bachelor of Arts degree in History and Political Science from the University of North Carolina at Charlotte while serving as Student Body President.

In Congress, Richard is committed to working across the aisle to find solutions to create jobs, cut spending and keep our homeland secure, and he has demonstrated that can be done without compromising core principles.

Additionally, Richard has consistently been awarded the “True Blue” award from the Family Research Council Action for his leadership and commitment to the defense of family, faith and freedom and a 100% rating from National Right to Life. As a Christian and a father, Richard firmly believes that family is the foundation of American life, and the defense of these values is imperative for the future of our nation.

Richard serves on the powerful House Energy and Commerce Committee, a position he uses to fight to replace Obamacare with a healthcare system that puts patients first, to improve health care for our veterans and address the tragedy of veteran suicide, and to go after all sources of American energy to lower costs for everyone and create jobs in North Carolina.

An outspoken supporter of our nation’s military and veterans, Richard has received national recognition for his work to reunite military working dogs with their handlers. He is committed to caring for our veterans and has introduced bipartisan legislation to improve veterans’ access to health care and break up the bureaucracy at the Department of Veterans Affairs (VA).

Richard has the privilege of representing Fort Bragg – the largest U.S. Army installation in the world known as “the epicenter of the universe.” As the voice for this critical installation in Congress, Richard is committed to ensuring our service members are prepared for the battlefield and their families are cared for at home.

As Chairman of the Agriculture Policy Group under the Republican Policy Committee, Richard focuses on conservative reforms that rein in government overreach and empower North Carolina’s growers, producers and agribusiness leaders to thrive.

Richard has made a name for himself as a leader who can work across the aisle to affect needed change in Washington. Despite an unprecedented level of partisan gridlock, he has had several bipartisan bills signed into law, demonstrating that hard work and bipartisan outreach can lead to results. Richard served as Chairman of the Homeland Security Committee’s Subcommittee on Transportation Security where he championed a major acquisition reform bill to save taxpayer dollars and keep the American people safe.

Richard is an avid hunter and outdoorsman. He is a member of the Congressional Sportsmen’s Caucus and the reigning congressional sporting clays, trap and skeet champion. His past volunteer leadership service includes membership on the Rowan-Cabarrus Community College Board of Trustees, Board of Governors of the UNC Charlotte Alumni Association, Board of Managers of the West Cabarrus YMCA and Board of Directors of the Cabarrus Jaycees.

He and his wife Renee and their son Lane live in Concord and attend Crossroads Church. 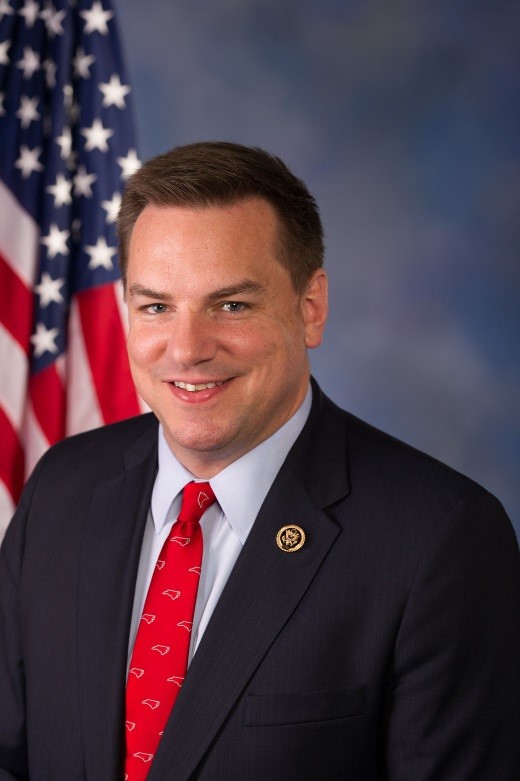