Laura O’Connor was appointed to The Congressional Award Foundation’s Board of Directors by Senate Majority Leader Mitch McConnell in October 2017 and elected as Secretary in June 2019.

Mrs. O’Connor has been involved with The Congressional Award since 1984 as she began her journey to the Silver Medal. She was presented with the award in 1986 by Congressmen Esteban Torres in Norwalk, CA.

Laura became an Advisor in 2006 and has been promoting the program in the state of Utah which has seen a 200% increase in the number of participants over the past 10 years.

Mrs. O’Connor has been employed with the Alpine School District for the last 14 years as the Junior High Registrar in the Counseling office. She also currently serves on the Registrar Guiding Coalition.

In addition, Laura is currently serving as the Scholarship Coordinator on the HOBY Utah Executive Board. She works with the colleges and universities in Utah and Virginia to provide scholarships to over 30 students, totaling $200,000 each year.

Mrs. O’Connor has served as a Girl Scout Leader from 1998-2003, 4-H Advisor/Leader, PTA, School Site Committee, and worked with youth of all ages at her church and community for most of her life.

Laura attended Ricks College located in Rexburg, Idaho, where she majored in Family Counseling, and was on the college’s Women’s Executive Board. She has worked as the Junior High Registrar in the Counseling office for the past 14 years and currently serves on the Registrar Guiding Coalition. She has also worked for West Coast Analytical Services as an Administrative Assistant, Open Court as the Office Manager, and CED/Royal Wholesale in the Accounts Payable & Receivables Department.

Alongside her husband, Michael, Laura was named the recipient of The Congressional Award Foundation’s Inspiration Award in 2016 for her exemplary work as an Advisor to youth pursuing the award.

Mrs. O’Connor lives in Eagle Mountain, Utah with her husband, Michael (1985 Gold Medalist) and her three children; Ashleigh (2011 Gold Medalist), McKenna (2016 Gold Medalist), and Michael (2016 Silver Medalist). The O’Connors have made The Congressional Award a family affair and have even been dubbed as the “Medalist Family.” 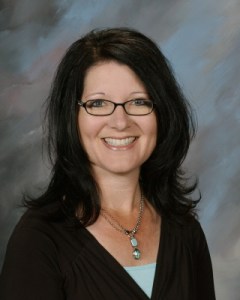