Mike Parrish is the Vice President of Public Affairs, Science and Sustainability at Bayer. He is responsible for the company’s legislative and policy engagement across the US, as well as overseeing the company’s philanthropic efforts.

Mike has spent more than 20 years in government service and government relations – previously, he held the position of Director of Government Affairs for Monsanto and served as Chairman of the Board for the company’s political action committee. He also worked for the Australian Minister for Science and Technology, as well as US Congressman Sam Farr, and held various roles at the State Department and Department of Justice. 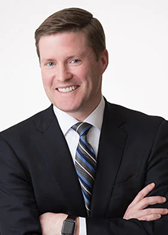