Nick Cannon has entertained audiences in film, on television, on record, onstage and online for nearly 20 years. The talented artist continues to dominate all facets of entertainment as a comedian, host, actor, writer, director, executive producer, deejay, philanthropist and children’s book author.

While regularly making guest appearances on hit comedies including 30 Rock, Real Husbands of Hollywood, Brooklyn Nine-Nine and Chappelle’s Show, Cannon spent eight seasons as the host of NBC’s highly successful talent competition series America’s Got Talent. Additionally, he is the creator, producer, and host of the highly successful, fan-favorite MTV show Wild ‘N Out, which returns for its ninth season this summer. Recently, he executive produced and appeared on stage and camera on a cross-country tour with select Wild ‘N Out comedians and improvisation artists in the MTV2 show, Wild ‘N On Tour

Cannon simultaneously serves as Chairman, development consultant and talent for TeenNick, earning him the title of “youngest TV chairman in history.” This digital, cable and satellite television channel, owned by Nickelodeon Group, aims to attract teens through programming that portrays the true breadth and depth of adolescence. As Chairman, Cannon not only has an on-screen presence, he also lends his creative vision to the network’s development slate and works behind the scenes to execute new ideas across multiple platforms.

In 2017, Cannon also released his third stand-up comedy special, Stand Up, Don’t Shoot (Showtime). His latest film is King of the Dancehall, which he wrote, produced, directed and stars in as a young man from Brooklyn who heads to Jamaica in order to enter the local dance scene. Joining him on his quest to win a dancehall competition in Kingston, Jamaica, are hip-hop icons Busta Rhymes and Beenie Man. The supporting cast includes Academy Award® winners Whoopi Goldberg and Louis Gossett, Jr.

At age 8, Cannon discovered his passion for entertainment after his grandfather gave him several musical instruments. As a teenager, he moved to Hollywood where he regularly landed gigs at renowned comedy venues, including The Improv, The Laugh Factory and The Comedy Store. He debuted on television as a series regular and writer on Nickelodeon’s long-running hit series All That, which also made him the youngest staff writer in television history. Other early successes include appearances on Kenan & Kel (Nickelodeon) and The Parkers (UPN). These breakthroughs led to the creation of The Nick Cannon Show, for which he was star, director and executive producer. Shortly after the debut of the series, he released his first album, Nick Cannon (Jive Records).

Cannon made his first feature-film appearance alongside Will Smith and Academy Award®-winning actor Tommy Lee Jones in Men in Black II. He then went on to star in the coming-of-age cult classic Drumline, opposite Zoe Saldana. In the film Cannon plays Devon Miles, a Harlem street drummer recruited to join a prestigious marching band at an historically black Southern university. He also starred in the Golden Globe® -nominated film Bobby—the gripping tale surrounding the aftermath of U.S. Sen. Robert Kennedy’s assassination—opposite writer-director Emilio Estevez, Heather Graham and Harry Belafonte. Cannon won the coveted Canners/Chopard Breakthrough Actor of the Year for this performance making him the youngest actor to ever win this award. In 2014, Cannon wrote, directed and produced his debut studio film, School Dance (Lionsgate), which featured performances from Kevin Hart, Katt Williams and Patrick Warburton. The story follows a high school freshman trying to break into the popular dance clique on campus.

Cannon’s film credits also include the 2015 Spike Lee-directed Chi-Raq. In addition to playing the title role, he co-wrote and performed the opening theme. The same year, he published the children’s book, “Neon Aliens Ate My Homework: And Other Poems,” a collection of 65 hip-hop-inspired original poems, with illustrations by Cannon and over 60 street artists.

Always at the cutting edge of entertainment, Cannon leads a highly successful multi-media company NCredible Entertainment. Under this banner, he produces numerous TV and film projects, including NBC’s Caught On Camera, MTV’s Wild’n Out, Nickelodeon’s Make It Pop, TeenNick Top 10, React To That and the HALO Awards, which profiles teens making a difference in their communities.

Cannon is known as a passionate philanthropist who dedicates his time, resources and voice to giving back to those in need. He has worked with nationally recognized organizations, including Feeding America, Boys and Girls Club, Do Something, Toys for Tots, Stomp Out Bullying, Lupus Foundation of America, The National Kidney Foundation, and is an active member on the Board of Directors of New York’s St. Mary’s Children’s Hospital.

Cannon established the Nick Cannon Foundation as the philanthropic arm of his global business endeavors. The foundation has a strategic goal of economically empowering under-served youth through entrepreneurship education, workforce development, and by exposing them to the business side of the multi-billion-dollar media/entertainment industry. The foundation will host its second annual America’s Teen Mogul Showcase & Student Business Plan Competition in collaboration with the San Diego Unified School District’s College, Career and Technical Education Showcase. Cannon is a native of San Diego and designed this event to educate at-risk youth on growing job sectors in San Diego, including Advanced Manufacturing, Health Care and Information, and Communication Technologies.

Nick Cannon is a creative and entrepreneurial force at the vanguard of his generation. 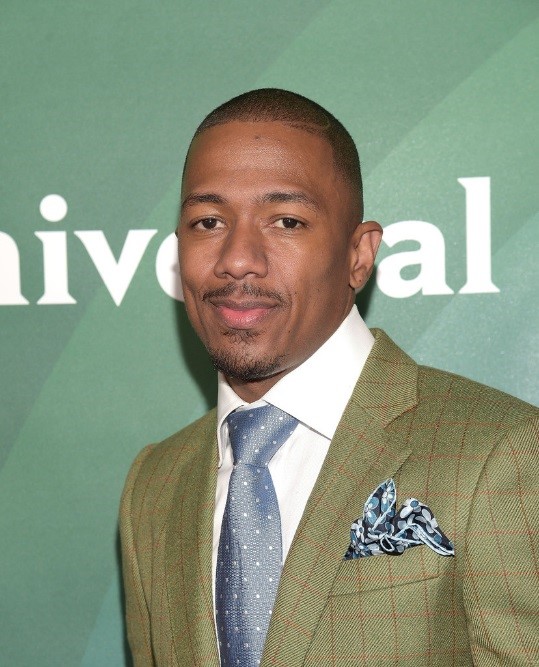