Mateo Magdaleno is an internationally known, community servant leader and professional empowerment speaker with an inspiring story that stresses the importance of never giving up on the pursuit of an education despite the challenges involved.

Today, Mateo is giving back to the community by dedicating his life to evangelizing the pursuit of a higher education. His message challenges students and encourages them to be resilient in their journey to and through higher education. Through the use of powerful real life narratives, Mateo’s message inspires and motivates his audience to action. Mateo also speaks to organizations about the importance of diversity and community engagement.

Mateo Magdaleno served as Special Assistant to the Dean and established the department of Diversity and Community Engagement for Southern Methodist University (SMU) Meadows School of the Arts. As Director, he developed the University’s first diversity and community service office. In addition, he was instrumental in founding Texas’ first Hispanic Youth Institute at SMU.

Prior to becoming a professional consultant, Mateo worked in various leadership capacities as a volunteer at Reconciliation Outreach (RO) accumulating over 30,000 hours of community service since the age of thirteen. As a result of his tireless dedication and commitment to his community, he earned The Congressional Award Gold Medal, the highest civilian award for youth given by the United States Congress.

Through RO he helped found “The Refuge,” a shelter for battered women and children in 2001. Since its inception Mateo has helped raise over $5.8 million in assets, making RO one of the largest privately funded non-profits in the Greater Dallas area with its creation of a low-income housing, elementary school, community soup kitchen, separate single women and men homeless shelters, a Children’s and Youth Recreation Center, and a multi-story non-profit leasing center.

As a result of Mateo’s exemplary community urban development initiatives and inspirational story he was voted the 2010 Miller Coors National Latino Leader of the Year and the 2010 One Man Dallas. In 2006, he was appointed to be the National Hispanic Heritage Month Distinguished Speaker. To date, Mateo has reached millions of people across the country as a champion for higher education and has been featured as a special guest on CNN, Univision’s Don Francisco Presenta Show and NBC, among many other broadcasts and print publications, such as, NSHMBA and Latino Leaders Magazine.

Mateo earned a bachelor’s degree in corporate communication and public affairs from Southern Methodist University in 2006 and is currently working on academic research in Irving ISD in hopes to be a viable candidate for the Doctorate of Education Leadership (Ed., L.D.) at Harvard Graduate School of Education. In addition, he is the proud caregiver of his elderly mother, Maria Zermeño and recently adopted his older sister, Sylvia Magdaleno, who is gifted with Down Syndrome.

Mateo is currently working on creating the first homeless shelter for college students in the country. 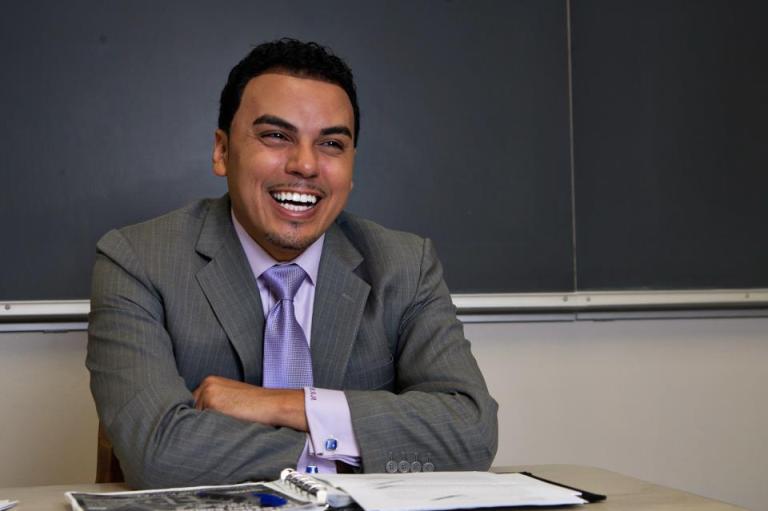